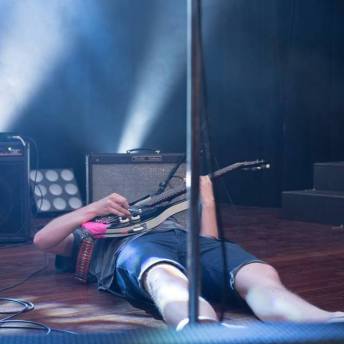 Adam Waito is the bass player and occasional vocalist in the band Nancy Pants. He also recorded and mixed their 2014 debut Total Nancy Pants. He is currently mixing their followup full-length.

A multi-instrumentalist and avid home-recorder, Adam has produced and released two albums under the moniker Adam & The Amethysts, Amethyst Amulet (2008) and Flickering Flashlight (2011). He has also released music as Silverkeys, and most recently, under his own name.

Adam composed original scores for the feature film Voice Over (La vox en off) (2014) and the short documentary To the Beat of Beverly School (2013). His music has appeared in a number of other films including Curfew (2012) which won the 2012 Oscar for Best Live Action Short Film, and a romantic comedy starring the Harry Potter guy.